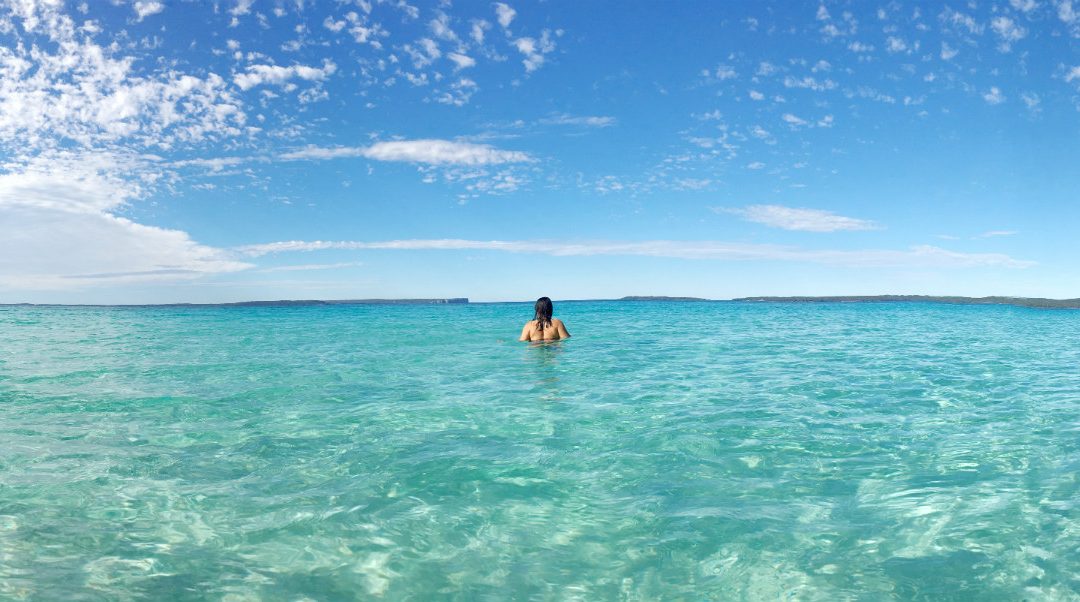 A group of 21 women braved the chilly weather last weekend for a naked swim in Jervis Bay. The swim was organized by South Coast photographer Tamara Dean as part of her latest project – Endangered.

The Endangered photographic series, which has seen her visit other areas of natural beauty around the country, including Heron Island in the Great Barrier Reef, aims to get people thinking about climate change.

“The series is designed to show people naked in the environment and vulnerable to the same forces of climate change as all creatures.”

The crystal clear waters of Jervis Bay proved to be ideal for photographing swimmers underwater and celebrating womanhood. The idea was to mimic a tornado of fish and Tamara was thrilled with the results.

“Even if you can’t make out the tornado, you get a sense of a mass of women swimming underwater. I wanted to show the power of women and women’s voices in the call for action on climate change.”

Hire a kayak or stand up paddle board from Jervis Bay Kayak Hire and see the sights of Jervis Bay from a different perspective. Book Kayak Hire in Jervis Bay or contact us with any queries.